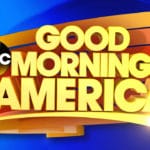 Recently, the KAMRA Inlay was featured on ABC’s Good Morning America show (see clip here) which has helped to create more awareness about the state-of-the-art presbyopia corrective procedure. Jacksonville Eye Center is one of the premiere Eye Centers that offers the KAMRA Inlay to patients with presbyopia. Be sure to take a look at our… Read More »

What is a Pterygium? And What are my Treatment Options?

People generally describe a pterygium as a “whiteish-yellowish, wing-shaped growth” that grows over a part of your cornea, but what is it exactly? Medically speaking, a pterygium is an overgrowth of fibrovascular tissue and conjunctiva on the surface of the cornea. In most cases, a pterygium begins as a pingueculae (try saying that ten times… Read More »

Ocular Cancer, commonly referred to as “eye cancer,” starts when healthy cells throughout the eye begin to experience uncontrollable change and grow, this causes the growth of tumors. While ocular cancer is rare there are two basic types of ocular cancer that you should be on the lookout for: Primary Intraocular Cancer: With adults, this… Read More »

Could a Cure for Blindness Exist? Early Testing by Scientists Looks Positive

Having the ability to see is an impressive skill, but it isn’t magic. The eye is an incredible complex piece of biology that is a little different for every species on the planet. One concept that remains consistent throughout though is how vision works. Vision is the product of all the cones, rods, and photoreceptors… Read More »

Most people over the age of 40 that suffer vision loss are developing cataracts. Cataracts are the leading cause of blindness throughout the entire world. The number of cases of cataracts far eclipse the amount of glaucoma, macular degeneration and diabetic retinopathy cases combined! There are three types of cataracts: Subcapsular Cataracts: Occurring at the back… Read More »

Allergies and What it Might Mean For Your Eyes

Allergies tend to be associated with a runny nose, scratchy throat, or just an increased level of sneezing, but allergy symptoms come in a lot of different varieties. Unfortunately for many, allergies can cause all types of discomfort for the eyes, ranging from swelling to a persistent itchy feeling. If you find that your eyes… Read More »

The Dangers Smoke Poses to Your Eyes

If you live in California, then you are probably familiar with the dangers of wildfires. Wildfires spread quickly and cause a lot of damage to the ecosystem and neighboring towns. Setting aside the obvious danger from the spread of fire, the smoke can be equally as detrimental to your health. Massive plumes of smoke created… Read More »

Probably the first thing that comes to mind when you think of virtual reality headsets is their function in the entertainment industry. Virtual reality is the new frontier of the entertainment world, but could there be more to the technology than meets the eye? Amblyopia, or “lazy eye,” occurs when one of your eyes vision… Read More »

The Danger Diabetes Presents to the Health of your Eyes

Diabetes is a growing issue throughout the world, with an estimated 382 million people suffering from it in 2013. If not treated, diabetes can lead to other serious medical complications such as: ischemic heart disease, kidney failure, heart attack, and stroke—but did you know that diabetes can also affect your eyes? According to the American… Read More »

7 Different Foods That Are Good For Your Eyes

Carrots are generally toted as the go-to vegetable for the eyes, but did you know that there are quite a few different foods out there that are said to promote good eye health? In this article, we talk about some of these foods and how they can be beneficial to your daily diet. Orange Vegetables… Read More »