Don’t Take Your Vision For Granted

It’s easy for many of us to take our physical health for granted. Running, jumping and even climbing stairs doesn’t seem like a task until you’ve sprained an ankle or even broken a bone or torn an ACL. Similarly, having healthy vision is something so taken for granted by many of us that it tends… Read More »

Many contact lens wearers will admit that there have been times that they’ve fallen asleep in their lenses or have even worn a pair of contacts longer than they were prescribed to do so. Some even admit to substituting water for contact lens solution in desperation. If you’re one of the 38 million Americans who… Read More »

Did you know that diabetes is the leading cause of blindness in Americans aged 20 to 65? Not many people do. Jacksonville Eye Center is taking advantage of the fact that November is Diabetic Eye Disease Awareness Month by helping to generate awareness among our patients and community. Statistics from the American Academy of Ophthalmology… Read More »

The month of October is Eye Injury Prevention Month and Jacksonville Eye Center would like to remind you that nearly half of all eye injuries occur in or around the home. Nearly 2.5 million people in the United States experience an eye injury each year, and nearly 1 million people have lost some degree of… Read More »

September is Sports Eye Safety awareness month and we encourage anyone who participates in sports – children and adults alike – to remember to protect their eyes. Sports are the leading cause of eye injuries in children under the age of 16. Many people are unaware of how serious sports injuries are, and that these… Read More »

Light is something that is constantly all around us, in our homes and offices, shining from our televisions, smartphones and computer screens. For the most part, nobody really stops to think about light and the effect of different colors of light has on our bodies, moods and overall health. Were you aware that blue light… Read More »

A simple eye test could soon reveal whether patients have Alzheimer’s disease, or if they are likely to develop the disease in the future. Researchers recently announced promising results associated with a study focused on a new test that can pick up on the disease years – if not decades – before the appearance of… Read More »

August has arrived and that means that many parents are preparing their children for another school year. August is also Children’s Eye Health and Safety Month. When 80% of learning occurs through the eyes, healthy vision is essential to a child’s success in the classroom. In addition to buying school supplies and new clothes, don’t… Read More » 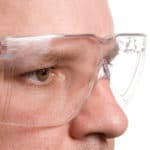 What are the most common causes of eye injuries?

Whether you’re playing an action-packed sport or just cleaning around the house, eye injuries can happen anytime, anywhere to anyone. The American Academy of Ophthalmology reported that more than 2.5 million eye injuries happen every year across the world with 100,000 of those injuries taking place in the U.S. Of those eye injuries 90% could… Read More »